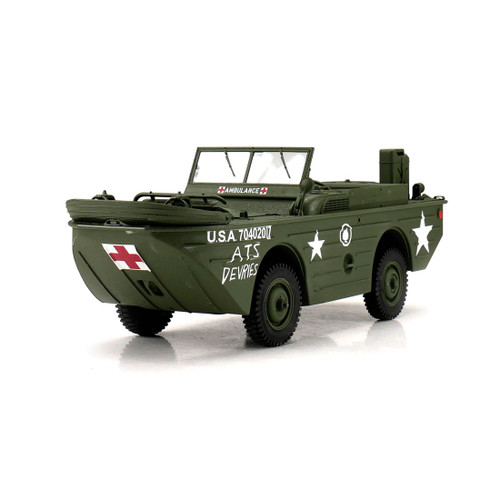 The Ford GPA (General Purpose Amphibian) is the American counterpart to the German VW Schwimmwagen Typ 166.

This vehicle was also called Seep (seagoing Jeep) by the American soldiers because of its swimming ability.
Ford produced over 12,000 units from spring 1942 until the end of the war.

The Soviet Union had several thousand Ford GPA delivered through the Lend-Lease Agreement and started to deploy them in spring of 1944.